Deprecated: The (real) cast is deprecated, use (float) instead in /home/icoach/public_html/classes/cache/memcached.class.php on line 294

Deprecated: The (real) cast is deprecated, use (float) instead in /home/icoach/public_html/classes/cache/memcached.class.php on line 294

Deprecated: The (real) cast is deprecated, use (float) instead in /home/icoach/public_html/classes/cache/memcached.class.php on line 300

Deprecated: The (real) cast is deprecated, use (float) instead in /home/icoach/public_html/classes/cache/memcached.class.php on line 302

Deprecated: The (real) cast is deprecated, use (float) instead in /home/icoach/public_html/classes/cache/memcached.class.php on line 304
 Biography - Scientific Coaching and SRM UK 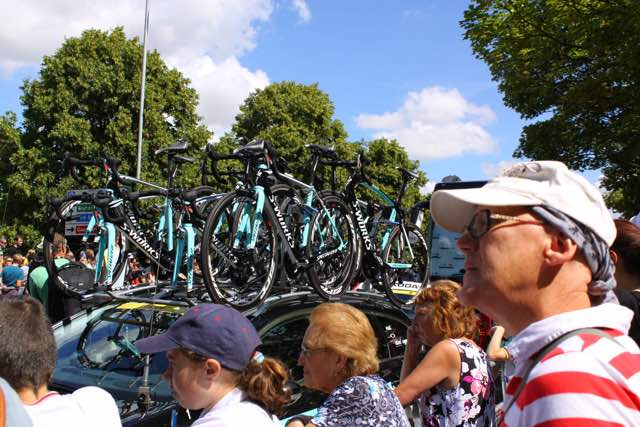 My view is that SCIENCE may be the way forward but in order to get the most out of sport science, exercise physiology and cycle coaching techniques you need someone who can understand the science, communicate the knowledge and integrate it into real training plans for real people - not just elite athletes in laboratory settings but people with jobs, limited time and non-optimal fitness levels! With my knowledge, experience and expertise you can achieve your goals and expand your potential.

With a background in Sport Science, Sports Coaching and having competed in cycling and running at a top level I am uniquely placed to help YOU . I have worked in a variety of different settings but retain an active interest in cycling, cycle and triathlon coaching and health-related fitness. With a PhD in physiology and numerous qualifications in cycle coaching, fitness training and coach education the progression into sport science was perhaps inevitable. When asked how do I compare with other coaches my reply is that I trained most of them so do you want to work with the master or the pupil!

In the past I was Head of the Sport, Exercise and Biomedical Sciences department at the University of Luton. Today I am a full-time personal cycle coach and a consultant to top sporting bodies such as Sport England and UK Sport. I am also an accredited sport scientist (BASES).

Back in the 1980's I was a prolific winner of women's time-trials and accumulated half a dozen RTTC medals at distances from 25 to 100 miles, two top six BBAR placings and team championships with the Wyvern CC. Retiring from active competition in the late 1980's I specialised in cycle coaching support to a number of junior squads and elite riders. Nutritional advice seemed to be the key element riders sought, coupled with advice on the use of heart rate monitors as they came into common usage. During this period I ran my own highly successful fitness consultancy, which, in addition to cycle coaching, provided fitness advice, personal one to one training, coach education and tutoring. I qualified as an ABCC cycle coach back in 1986 and was promoted to Senior Coach in 1995. Fitness training qualifications range from the RSA Exercise to Music to accreditation by the Association of Personal Trainers so, unlike many other sport's coaches I have ample expertise in helping non-athletes gain personal fitness. I am also a Sport's Coach UK Senior Tutor and a former Director of British Cycling. My cycling credentials speak for themselves with no fewer than four world titles plus numerous national medals. In running I have competed at distances from 5km to ½ marathon at County and Regional level. I also have experience of coaching middle and long distance runners alongside my cycle and triathlon coaching expertise.

I regularly contribute to the cycling and coaching pages in magazines such as 220, Cycling PLUS and Cycling Weekly. With experience in both cycling and running, plus a sound knowledge of sport and exercise science I believe I am in an unrivalled position to provide specialist coaching advice for cyclists, triathletes and others regardless of age or ambition.